“The little plant of the holy Father”

A companion to St. Francis and inspired by his leadership in the early 13th century, St. Clare founded a religious monastic order that ultimately gained 10,000 followers committed to serving the poor and sick.  Despite papal pressure, Clare insisted that the principles laid down by Francis needed to be followed and, ultimately, Pope Innocent IV agreed to her stipulations.

Italian visionary and leader of the Poor Ladies 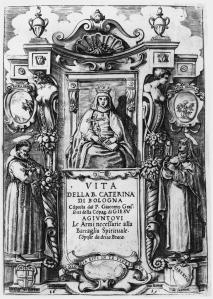 Born in Italy during the early 12th century, Clare lived a quiet life in the sleepy town of Assisi, Italy.

She would eventually grow to become a nun and follower of  St. Francis. Discovering a inner peace that could not be reproduced any other way, she converted to being a  Franciscan and devoted the rest of her life helping others around her.

As a child Clare payed and studied her Bible as many of her time did. Even from an early age, Clare knew she was destined for something bigger. After a disagreement with her parents about whom she should marry, she ran off from home to hear St. Francis give a Mass on Lent. Her life would soon change dramatically. St. Francis himself stated that she was chosen by God to lead others. He took her in as a student and showed her the ways of living like a nun.

How does a Nun live?

You might ask yourself;  who is a nun? or how do they live?

A nun is a woman (usually of Catholic faith but there are some different Christian nuns and also of other faiths) who devotes her entire life to serving god through chastity (not getting married and being pure), poverty and obedience.

Clare was like many other nuns. Her life surrounded around the church and volunteering her life to help others.

The order of Poor Clares was, and still is, a small band of woman who followed St Clare as she followed St. Francis. Devoted to the simple life of manual labor and prayer the poor ladies relied on donations by those that St. Francis and St. Clare would preach to for food and other essentials.

Think of them as a group of friends who had a massage they wanted to get out. The best way back than wasn’t through making a blog or Facebook page, but by going to the different villages, and speaking with the locals. They were so good at it that they never needed to buy anything! Now that’s a sales pitch.

St. Clare soon help establish the “Order of Poor Clares,” a home for nuns in Assisi Italy to live together in a dormitory like community and further learn and live the teachings of St. Francis.

St. Clare is one of the few saints that were popular during the Renaissance as well as other periods of art. many painters found her an interesting Saint to portray.

Patron Saint of what?!

St. Clare in a nutshell

This short clip will sum up the extraordinary life of St. Clare

An Italian born friar and preacher, St. Francis devoted his life to spreading the gospel of not only the Catholic faith, but of the beauty of nature. His teachings were heard and followed by many, including St. Clare who first heard him speak at the age of 18. St. Francis’s strong voice reached thousands from Italy to Egypt.

Francis preached discipline, among other things, and those that followed him did so closely.  Those who chose to follow Francis around while he preached across Italy were known as the Order of Friars Minor. They were a close knit group of dudes who supported Francis wherever he went and did charity work wherever they ended up.

Francis’s support for both nature and animals is what led him to become the patron saint of both. He cared about them so much in fact, that legend has it he stopped on his way to a village to preach to a gathering of birds in the trees. Surely, this can’t be true; can it?