Christine de Pizan, The Book of the City of Ladies 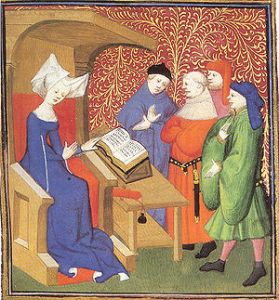 Can we apply a modern term to an earlier age? If we adhere to this definition of a feminist—“a woman who valued other women as women”[2]—we will see that, yes, some of our women were feminists. A feminist acts to fulfill her inner calling, as Margery Kempe does. A feminist helps others to achieve fulfillment, like Hildegard von Bingen who sets up a convent for her fellow women. A feminist takes on a ‘man’s role,’ like Joan of Arc, Margaret of Beverley, and the explorer Gudrid Thorbjarnardottir. A feminist champions the idea that women should be recognized as human beings, like Christine de Pizan. There are many types of feminists and feminisms.